Nitze was United States Deputy Secretary of Defence 1967–1969 who helped shape Cold War defence policy. In 1985 when this press release was issued he was Special Adviser to the President and Secretary of State on Arms Control 1984–1989. 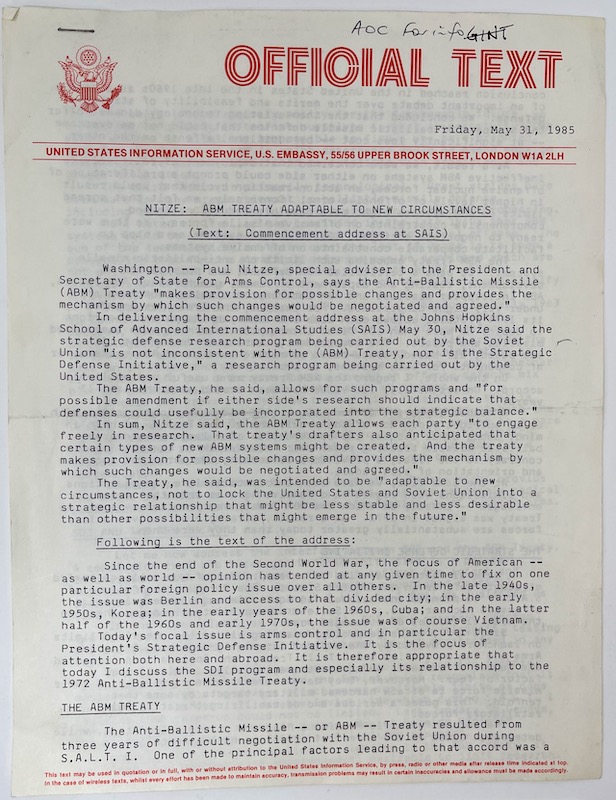