Cover image is of the recently completed Solid State Phased Array Radar (SSPAR) built by Raytheon. The SSPAR is the upgraded radar to replace the three BMEWS radomes and became fully operational in 1992. PYRAMID magazine was named after the shape of the new radar, seven editions of the magazine were produced three times a year to all RAF Fylingdales staff. 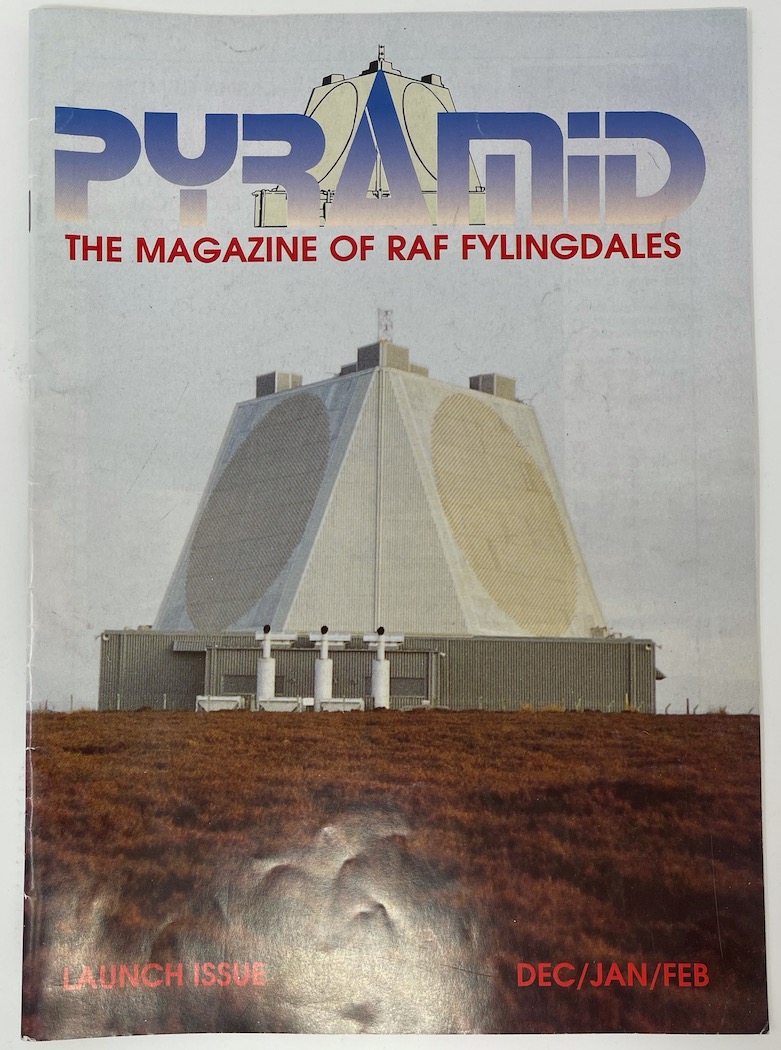