Greenland was the location of the first of the three Ballistic Missile Early Warning System (BMEWS), Site I, Thule. Fully operational from 1961, Thule was the only BMEWS site with four radar antenna, Site II and Site III had three radar antenna. Over 1,000 RCA employees lived and worked on the site. Most were personnel of RCA Service Company, which operated (BMEWS). Others were employees of RCA Major Defence Systems Division, which managed the construction of the base, as well as Site II, Clear, Alaska.

Fylingdales Archive holds black and white photographs of construction and life on site.

“Most of the men, sooner or later, get wanderlust here,” reports Forrest Paradise, Site I Manager. They want to hike. We encourage it actually. It gets them away, out of the dorms and recreation rooms where they see the same faces day after day.” Because of the storms that can blow up in a few minutes, however, those going walking have to take a walkie- talkie radio along with them, wear special arctic survival clothing and go with a buddy. No one is ever allowed to travel off -base alone. During the summer months, regular excursions are run on Thule tugs up the fjord to the face of a scenic glacier. “It’s a wonderful trip, a thrilling experience,” says Paradise. “So deep is the stillness as you go up the fjord that even the throb of the launch’s motor seems to fade away. You feel alone as never before.” 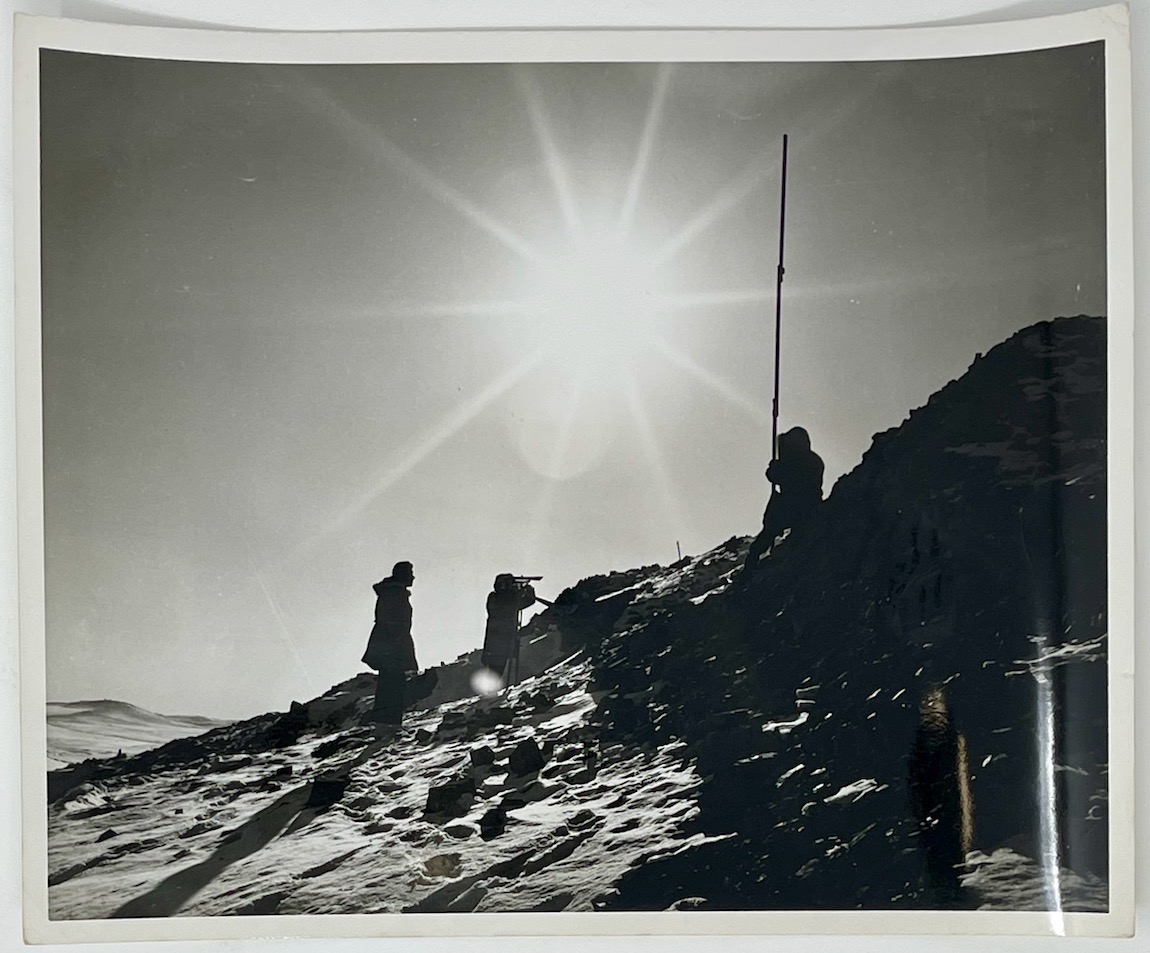