In 1986 the US and UK governments announced the upgrade of the BMEWS radar. Unlike the BMEWS project, the new radar was not built or designed by Radio Corporation of America (RCA), instead built, and designed by another US defence contractor Raytheon Missile and Defence based in Tucson, Arizona. Solid State Phased Array Radar or SSPAR refers to the fact that the new radar system has no moving parts and is static. The BMEWS radar were moving and designed that two of the radar antennae would scan, one horizontally and one vertically and the third would track a designated object, the SSPAR operates as three radar like BMEWS but instead of separate and moving antennae the radar face are on three sides of a truncated pyramid and are able to scan 360 degrees. 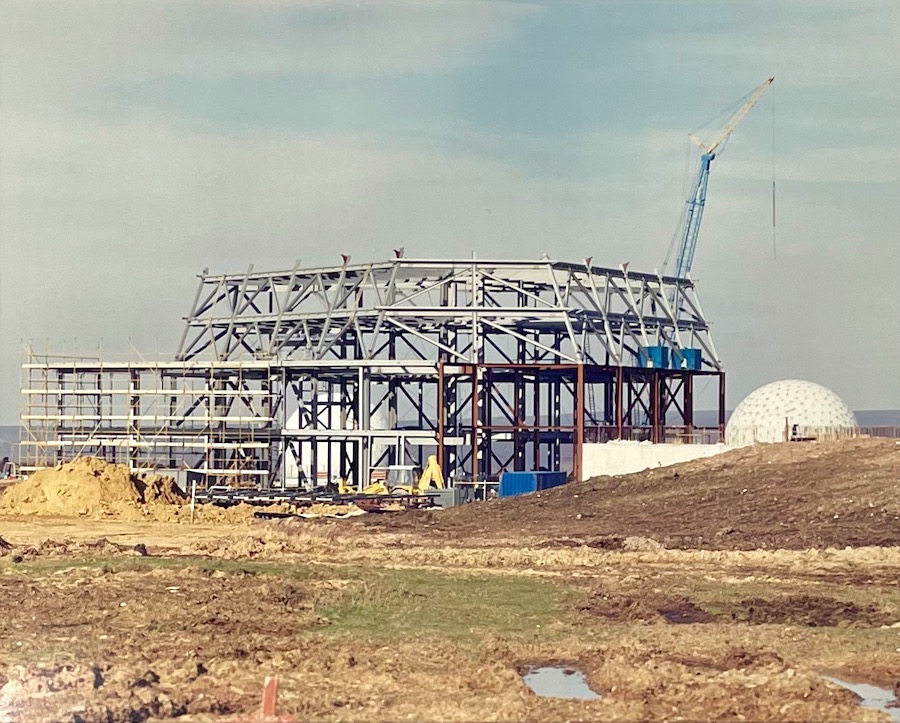