The collection brings to life the rich history of RAF Fylingdales and also fills in the gaps as to who produced the large collection of black and white photographs held in the archive.

Originally Forrest Wompra Studios, Dennis Wompra took over the family business based in Middlesbrough where he was commissioned to document many of the key industrial developments of the area during the 1960s, including British Steel, ICI and the construction of A19 flyover, some of the images are held in The Dorman Museum, Teeside Archives Middlesbrough Council. 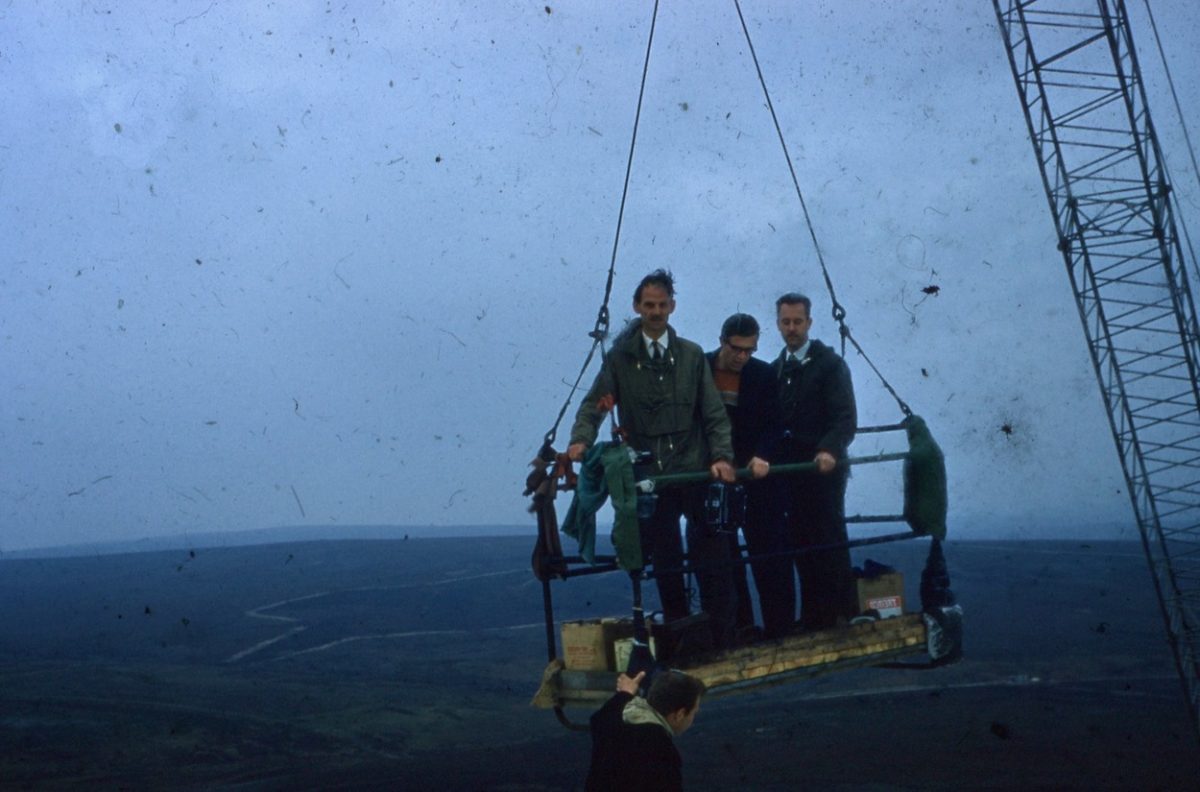 Dennis Wompra (left, with camera) and colleagues in cradle